It is widely recognised that the prompt engagement of emergency responders to a marine casualty is paramount in minimising risk to life, the environment and property.

The first Lloyd's Open Form (LOF) contract was published in 1908 enshrining the principle of ‘no cure no pay’ whereby parties can agree the immediate provision of salvage services to a vessel in distress without the risk of its situation deteriorating while terms are negotiated.  In 1998, the Special P&I Clause (SCOPIC) was agreed to provide a safety net for salvors in circumstances where there is ultimately no salved fund or it is insufficient to cover their expenses.

However, in 2019 the use of traditional LOF contracts were reported to be at a historic low confirming a continued decline in its use over recent decades. In turn this has given rise to a growing concern within the International Group (The Group) that the declining use of LOF contracts also signals an increasing threat to the safety of life, the environment and property. The threat is that of delay in the contracting of salvage services to a vessel in peril as alternative options to an LOF contract are explored and negotiated.

In light of this concern the IG commissioned Hugh Shaw, OBE to conduct an independent, neutral and objective review that investigated the possible direct and root causes for delay in these circumstances and what changes can be made to eliminate or minimise the risk.

Hugh Shaw’s final report was presented to the Group in July 2022 and can be freely downloaded below.

The Group accepts the report’s findings and commends the recommendations to the global salvage and insurance industry.

The Group would like to take this opportunity to express our sincere thanks to Hugh Shaw for his dedication to this project. 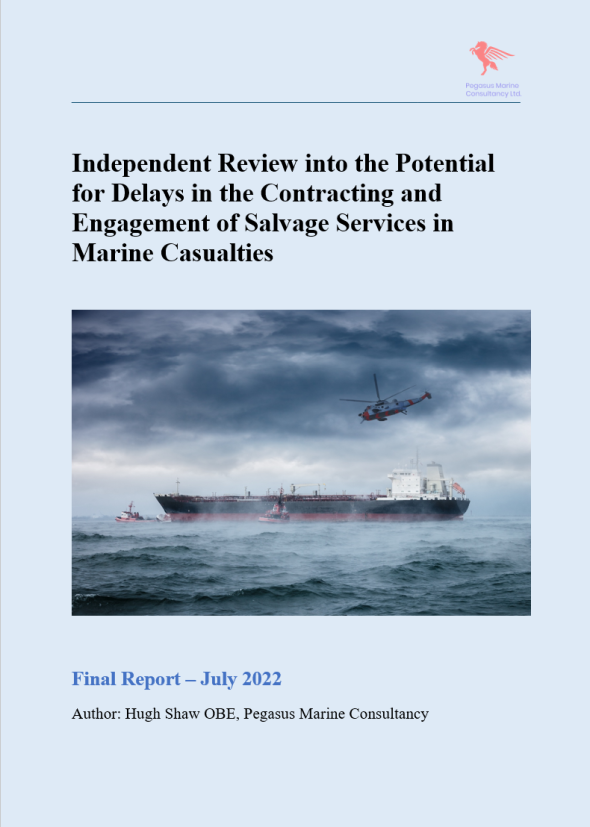 The International Group of P&I Clubs and The Education Committee are pleased to announce the expansion of its annual scholarship programme to take part in the highly successful P&I Qualification programme.
Read More

Further to welcoming many of our long-term as well as new Club correspondents to the Group's Correspondents Conference in London at the end of September, we have put together a short video with highlights from the event.
Read More